An Active Life, Unexpectedly on Hold

Proper Wound Care Gets Patient Back on Her Feet 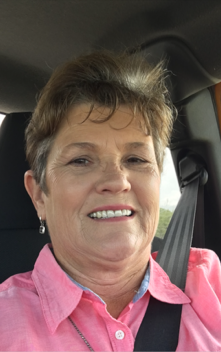 It all started with a cholecystectomy. While the name may not be familiar, gallbladder surgery, as it’s more commonly known, is one of the most frequently performed surgeries in the United States. That’s why Jeannie Smith, a busy justice of the peace and active grandmother, was surprised to experience complications after having this commonplace procedure at an out-of-town hospital. “I developed redness and fever at the site of the wound several weeks after the surgery,” Smith explains. “My daughter said, ‘Mom, you need to go to the hospital’, so we headed to Fort Duncan Regional Medical Center.”

It turns out that Smith had developed an incisional abscess – a painful complication that was keeping her from enjoying her active life. Lucky for her, the Hyperbaric and Wound Care Center at Fort Duncan is ideally suited to treat hard-to-heal wounds like these. “They admitted me to the hospital because the problem had to be addressed as soon as possible,” Smith says. “At that point, I understood that it was something pretty serious.” After the immediate needs of the wound were addressed, Smith was sent to the Wound Care Center. “It was my first time there and I’d never been through anything like that,” Smith says. She was relieved they were able to put her fears at ease right away. “They’re very good at what they do and they explained everything to me.” After discharge, Smith continued with a course of treatment at the Center, returning twice a week for approximately six weeks. “Every time I went there the healing had progressed,” she says. “I’m a busy, outgoing person who doesn’t like being sick and with the help of the Wound Care Center I was able to get back on my feet – which is exactly where I needed to be.

Get monthly updates with health news, recipes, and more